Coronavirus has become one of the most searched words in the world right now. There seems to be no end to this epidemic that emerged a few months ago. More than 300,000 people lost their lives to COVID-19. Most of the countries are under lockdown right now. We do not know when the situation will become normal.

India is also heavily affected by this deadly virus. So far, more than 3,000 died. Thousands are reported positive. Governments are trying their best to contain the virus. But it's a tough job. Already we entered into the fourth phase of lockdown. Till now, all kinds of sporting activities remain suspended. But in the fourth phase of lockdown, certain relaxations have been given by the Narendra Modi-led central government. As per the new directives of the Ministry of Home Affairs (MHA), sports complex and stadiums can now open its door but no spectators will be allowed to enter. Only players and support staff can get inside. We are awaiting further details in this regard.

This new announcement from the government is very significant. For the first time since the middle of March, the center has given permission to reopen the stadiums. Due to coronavirus pandemic, the Indian Premier League (IPL) 2020 has been postponed indefinitely by the Board of Control for Cricket in India (BCCI). Many thought that IPL 2020 is almost over. The tournament was originally scheduled to start on 29th March. The chance of this year's IPL looked extremely slim. But with the latest directives from the MHA has certainly given a small ray of hope for the much-awaited T20 league. The process has started for sure. But still, it's a long way to go.

The BCCI expressed its happiness over the new development and they are also hopeful about the future. But at the same time, their feet are firmly grounded. The Indian cricket board has clearly said that even though the reopening of sports complex and stadium is a positive sign but its too early too even think about IPL 2020. The board has adopted a wait and watch policy. Rightfully they don't want to take any decision in haste. BCCI treasurer Arun Dhumal says that the first travel restrictions in the country need to relax. Only then one can think about resuming cricket. "Taking into account the restrictions on air travel and movement of people till May 31, the BCCI will wait further before organizing a skill-based training camp for its contracted players," Dhumal said in a statement as published in Cricinfo. The BCCI is not willing to put anyone's life in danger. He added, "The board reiterates that the safety and well-being of its athletes and support staff is paramount and will not rush into any decision that can hamper or jeopardize India's efforts in containing the spread of the virus."

If IPL 2020 doesn't take place, then the BCCI will reportedly loose around INR 4000 crore. Keeping in mind that lots are at state, the board is also looking for alternatives to host the cash-rich league. One of the possibilities that emerged over the past few weeks is that if the T20 World Cup postponed, then IPL 2020 can be organized. According to BCCI treasurer Arun Dhumal, it is not the right time to even think about IPL. He pointed out two pre-conditions before we can see any chance of the 13th edition of the league happening this year. First, domestic and international travel restrictions need to be lifted. Many franchises have expressed displeasure over the suggestion that IPL 2020 be organized without overseas players. So, BCCI is clearly waiting for the normalization of domestic and international flights. Secondly, the board is also bounded by the government of India's directives in this regard. Board also has to find a window later this year where the tournament can be accommodated.

So, one thing is very clear. Even though the stadiums are allowed to open, we still have to wait for sometime before normal cricket can start in India. "The BCCI will study guidelines at the state level and will work in sync with state cricket associations to chalk out a program for skill-based training at a local level," said Dhumal as quoted by Cricinfo.

India is supposed to travel to Sri Lanka in July for limited over series. Sri Lanka Cricket (SLC) has already sent a letter to BCCI where the island nation has shown its eagerness to host the tournament. The Indian cricket board will take a decision after due consultation with the central government. 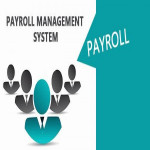 Some simple steps to fix the auto subscription service 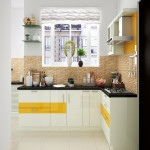 Tips and tricks for organising a Modular Kitchen