The porphyria therapies market is projected to grow at an annualized rate of 10.97% during the period 2021-2030, claims Roots Analysis

Roots Analysis has announced the addition of “Porphyria Targeting Therapies Market, 2021-2030” report to its list of offerings.

Porphyria is a rare disorder that is characterized by excessive accumulation of porphyrin, a compound that aids in the formation of heme (an essential part of hemoglobin that helps carry oxygen in blood). Any anomaly caused by genetic or acquired abnormalities in heme biosynthesis (produced majorly in bone marrow and liver) can result in toxicity. It is worth highlighting that, till date, more than 1,000 mutations that can cause porphyria have been identified. However, prevalence of porphyria still remains unknown. Several treatment options such as gene therapy, proteasome inhibition and pharmacologic chaperones are currently being investigated among various other targeted treatment options.

More than 70% of the aforementioned candidates are currently under clinical evaluation. Further, three therapies, namely Panhematin™, GIVLAARI® and SCENESSE®, have already been approved for the treatment of different types of porphyria.

Around 50% of the therapeutics are being developed as biologics

More than 65% the abovementioned therapies are currently being evaluated in clinical phases. Further, around 60% of the aforementioned therapy candidates are being developed as small molecules.

North America has emerged as a key hub for the development of porphyria therapies, featuring the presence of 65% developers. The developer landscape is further dominated by players that have been established between 2001-2010, representing around 45% of the total number of stakeholders.

A number of clinical trials evaluating therapies for porphyria, have been registered

Majority of the clinical studies have been completed. More than 30% of the overall trials are phase I studies. Further, it is worth noting that, most of the trials (~ 60%) focused on porphyria therapies were registered post-2010.

More than 70% of the reported deals were established post-2018, with the maximum activity being reported in 2019 and 2020. Majority of the instances captured in the report were product distribution / commercialization agreements (~45%).

380+ articles have been published related to porphyria, since January 2018

Close to 20% publications mentioned in the report were focused on the assessment of therapeutics that have been / are being developed for the treatment of erythropoietic protoporphyria. Example of prominent journals include (in decreasing order of number of publications) Molecular Genetics, Orphanet Journal of Rare Diseases, British Journal of Dermatology and Molecular Genetics, and Metabolism Reports.

More than 65% of these KOLs were observed to be associated with organizations based in US, followed by those affiliated to institutes in Spain (20%) and South Africa (7%). Further, over 65% of the KOLs are currently affiliated to academic institutes, such as schools and universities.

In 2030, more than 50% of the market revenues are expected to be generated from sales of therapeutics intended for the treatment of erythropoietic protoporphyria and porphyria cutanea tarda. Further, therapies designed for oral route of administration are expected to occupy a larger share (51%) of the overall market, in the foreseen future.

To request a sample copy / brochure of this report, please visit this https://www.rootsanalysis.com/reports/porphyria-pipline-review/request-sample.html

 What are the prevalent R&D trends related to Porphyria?

 What are the key challenges faced by stakeholders engaged in this domain?

 What are the principal therapies developed by the companies in this domain?

 Who are the leading industry and non-industry players in this market?

 What are the key geographies where research on porphyria is actively being conducted?

 Who are the key investors in this domain?

 Who are the key opinion leaders / experts in this field?

 What kind of partnership models are commonly adopted by industry stakeholders?

 What are the factors that are likely to influence the evolution of this upcoming market?

 How is the current and future market opportunity likely to be distributed across key market segments?

The financial opportunity within the porphyria therapies market has been analyzed across the following segments:

The research includes profiles of key players (listed below); each profile features a brief overview of company, pipeline details, recent developments (including collaborations and expansions) and an informed future outlook.

You may also be interested in the following titles:

Roots Analysis is one of the fastest growing market research companies, sharing fresh and independent perspectives in the bio-pharmaceutical industry. The in-depth research, analysis and insights are driven by an experienced leadership team which has gained many years of significant experience in this sector. If you’d like help with your growing business needs, get in touch at [email protected] 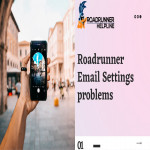 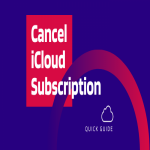