Why Stephen Hawking is so important Stephen Hawking has been more than a scientist. It has been an icon.

It has not been because of his contributions to the understanding of the Universe, although they have been important, that he has become the most famous scientist of his generation. It has also been for his works of dissemination of cosmology, which place him as the best-selling author of science in the world. And above all because of how he decided to live his life to the fullest despite having a degenerative neurological disease that first robbed him of the ability to walk and then to speak, but never to think, to marvel at the greatness of the Universe and to be outraged by the injustices on Earth.

In a world full of adversity, Hawking has been a benchmark: an example of overcoming that, despite his apocalyptic predictions about the future of humanity, transmits a message of hope.

Let's start with your scientific contributions. “My goal is simple. It is a complete understanding of the Universe, why it is the way it is, and why it exists, ”stated Hawking. His first major breakthrough came in the late 1960s when he concluded, from the equations of Einstein's theory of general relativity, that the Universe began with a singularity, that is, a region of infinite curvature in space-time.

Starting in 1973, he applied quantum physics to the study of black holes. Contrary to the prevailing opinion at the time, he showed that black holes were not wells from which nothing can escape but must emit a type of radiation that has been called Hawking radiation.

The study of black holes allowed Hawking to explore an unknown terrain of extreme conditions in which the theory of relativity and quantum physics converge, the two great theories of twentieth-century physics that, despite efforts to reconcile them, remain separated like water and oil. For these contributions, Hawking was recognized as one of the most important cosmologists of his time, for which he has received –among others- the Albert Einstein Prize in 1978, the Wolf Prize in 1988, the Fundamental Physics Prize in 2013 or the BBVA Frontiers Prize in 2015.

His book 'A Brief History of Time', with more than ten million copies sold, has entered the Guinness Book of Records

But fame came to him, not for his work on cosmology, but from the publication of his book A Brief History of Time in 1988. The work has sold more than 10 million copies worldwide and has been translated into 35 languages. It remained for 237 weeks - more than four and a half years - on the Sunday Times bestseller list, which earned it entry into the Guinness Book of Records. Following that unprecedented publishing success, Hawking has published an interesting list of general public cosmology books, including The Universe in a Nutshell (2001), the essay collection Black Holes and Small Universes (1992), and the brief autobiography of my life (2014).

The short history of the time made Hawking a hugely popular character. Citizens from all over the world were fascinated by that brilliant mind that had not given up in the face of adversity and that spoke to them about the greatness of the Universe from a wheelchair and through a computer. He never presented his illness as a limitation but rather as a circumstance to which he had been adapting.

Although his scientific activity had waned in recent decades, and he never regained the level of the discoveries he made between the late 1960s and early 1980s, his significance as a public figure has increased over time. His appearances in episodes of the series Star Trek, The Big Bang Theory, and as a character in The Simpsons, as well as the biopic The Theory of Everything that was nominated for five Oscars in 2014, have only increased his legend.

When did Stephen Hawking die? On death, he said that “I see the brain as a computer that will stop working when its components fail. There is no paradise and no afterlife for broken computers. That is a fairy tale for people who fear the dark. " After the person's death, however, the icon lives on as a source of inspiration. 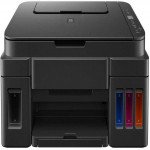 82- Social local marketing, the strategy for finding customers in an area Importance of School Facilities in Education Get Rid of Your PPC Services Problems Once and For All