This Is Must-Have Airsoft Gear Airsoft plinksters realistically don’t need much more than an airsoft gun and BBs to enjoy playing around in the backyard, but competitive players are often required to bring along a specific set or airsoft gear.

That gear in question will vary according to the rules of the match, but a collection of the following gear will cover you in most scenarios without oddly specific rules.

● Eye protection - Eye protection is, in most instances, the most important protection you can have in an airsoft match and is universally required. This is because most of the time your eyes are the only truly vulnerable part of your body in a match.

● Additional protection (jackets, gloves, and others) - Even though it is most important to take care of protecting your eyes, a lot of players wear gloves, jackets, and heavy pants to mitigate the sting of an errantly placed BB. Some of the most painful shots will hit you in the hands, and a pair of padded tactical gloves should manage that.

● Additional ammo, a speedloader, and magazines - You can’t waltz into a match with a single loaded mag in your airsoft gun. Well, you could, but that would be ill-advised and your team probably would not be pleased. It’s best to bring several loaded spare mags and to keep them in your tactical vest (see below) along with a speedloader.

● Any necessary optics or other attachments - Optics are not a requirement but most players pair up some kind of laser or reflex sight with their AEGs. They make you more effective at range. While they aren’t always useful in CQB encounters, they are practical in the open airsoft field.

● A holster or sling - While a sling is not imperative, you pretty much need a holster. Either that, or you’ll be carrying around both an AEG and an airsoft pistol in your hands throughout the duration of a match. Or maybe you’ll go without a sidearm. Either way, it’s not a good situation.

● The airsoft gun itself - Last but definitely not least you need an airsoft gun if you’re going to play airsoft. There would be much airsoft to it if you didn’t have the central piece of equipment and little use for the other entries in this list. Additionally, some matches will require you to carry along a barrel cover as a safety feature.

Whether you’re looking for a pump airsoft shotgun, a GBB, an AEG, or just a generally diverse selection of tactical gear, you’ll love the great prices and cool collection at MiRTactical.com.

Just get in touch with them at the address listed above to learn more or to start stocking up on your favorite airsoft gear and equipment today.

For more information about Airsoft Stores Near Me and Airsoft Rifles Please visit : MIR Tactical. The effect of Social Media on Mental Health 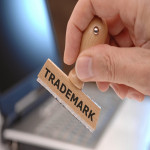 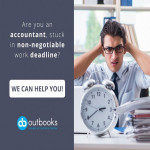