How To Find Decryption Key For Files Encrypted By Ransomware? How Are File Encrypted By Ransomware?

Though there are different types of ransomware, the ultimate aim is to encrypt the files.

The attack enters the system through any of the ways and spreads the infection in all the files after the spreading of the infection, files get encrypted, and the user can no longer use them.

In simple words, the file gets frozen, and you don’t have access to them.

Here are some examples of the attack that have left their impact globally:

It targets the Windows SMB protocol and uses a self-propagation mechanism, which infects the other machines. The attack is known as a self-contained program that extracts the encryption/decryption application.

You will be glad to know that this attack is easier to remove as compared to others. In 2017, it spread across 150 countries rapidly leading to the damage of $4 billion.

It is a ransomware-as-a-service and is mostly used by criminals who aim to spread loot with the malware developer. The attack works silently and slowly perform encryption of the files.

During the process of encryption, it might try to prevent the normal functioning of antiviruses and windows security. After getting hold of the files, it sends a ransom note on the screen.

This attack was released in 2017 and affected thousands of computer systems. The most common ways for its entrance are e-mails, file sharing sites, and unprotected downloads.

The target of this attack is the files on the local machine, but it can also perform the scanning of mapped network drives.

Techniques For Getting Decryption Key

The above and other ransomware attacks are responsible for creating unrest in the corporate world. The following techniques can help you to get the decryption key:

Its algorithms, such as AES are used to encrypt the files at a rapid speed, and only an encryption mechanism is used.

So when the victim opens the files after paying the ransom, the files will appear after the encryptor will decrypt them.

Under this approach, the ransomware generates an RSA key pair and will use a public key to encrypt the files. The private is stored on the server.

The process is slow and requires time for large files. The same amount of time is required when the private key will be sent to the victim. If both sides are not connected properly, the process will not be completed.

Many times it might lead to the deletion of the private key.

Under this, we will discuss the easiest way. All the infected files of the infected computer need to be sent to the server for decryption. The process will take a lot of time to decrypt the files.

If the above ways do not work out for you, then it is better to look at decrypting tools that can make the task easier for you.

All in all, getting the decryption key is one of the challenging tasks for a victim. However, some techniques and tools can assist you in completing the task.

Above all, we would suggest having strong protection for your system so that no such attack can take place. How to Play Lottery Online from India? 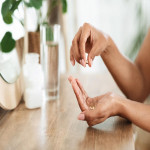 Why You Should Hire Storm Damage Restoration Service? 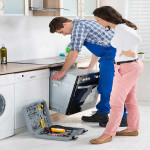