Trekking is usually believed to be undertaken in the month of May-July to avoid the scorching heat of the summers, but to come across the snow-covered tracks of such treks in February will be a more exciting and adventurous experience. Luckily, we are fortunate to have the mighty Himalayas in the bosom of the land, offering spectacular scenery, thick forests, green meadows, steep hills, narrow passes, and tricky zig-zag paths, all to quench the thirst of adventure enthusiasts.

The spectacular Kedarkantha trek is in the beautiful Govind National Park and the Wildlife Sanctuary in Uttarkashi. This is a great choice for hiking in February, as it's fully covered in snow that month. It takes you through the rich pine forests and frozen ponds to the magnificent Kedarkantha summit, which offers breathtaking 360-degree views of the 13 peaks of the Great Himalayan Range. On the way to the base camp, Sankri is one of the most charming and picturesque routes in the foothills of the Himalayas. You will also get a chance to ski through the frosty slopes and enjoy the lovely campsites encapsulated with the great pine trees.

The Har Ki Dun trek has the title of "Valley of the Gods," and the trekkers follow the same route that the Pandavas took to ascend to heaven through Swargarohini, The mountain that dominates the valley of the Har Ki Dun. Proudly lying in the Garhwal Himalayas, the Har Ki Dun Trek celebrates the eyes of trekkers with breathtaking views of wild orchids and blue poppies, thick pine and rhododendron trees, small hamlets, and numerous glaciers and valleys. Witness the lush meadows and grasslands of cows and horses, as well as the glimpses of uncommon Himalayan wildlife such as Leopards, Barking Deer, Bores, and Langurs.

The trek was named after the formation of a blanket (chadar) of ice over the Zanskar River due to the drastic drop in temperature to as low as-35 degrees Celsius during the time between December and February. As a result, this trek demands a very high degree of training, both physically and mentally, as trekkers have to cross the frozen lake and even ice rocks and boulders at such an uncomfortable low temperature, but the mesmerizing scenery and mystical charm and beauty of Ladakh, along with its picturesque mountain peaks and azure lakes on the way, compensates for the challenge, which is why it is considered to be a struggle.

Get totally enthralled by the sanctity of nature as the trek passes through some of the most popular pilgrim spots in the Himalayas, such as the confluence of Devprayag, Bhagirathi, and Alaknanda, the views of Nanda Devi's peak, and so on. Also, experience some of the oldest Himalayan forests of Oak and Rhododendron, separated by lush meadows and well-defined trails. Enjoy the dazzling views of the Mighty Himalayan peaks from above Kauri and, as you return, get a chance to experience the adrenaline-pumping of skiing in one of the best skiing destinations, Auli. All these reasons make this trek one of the best treks in February.

Nag Tibba's trek is not only famous for being a beginner's trek, but also for being an important Hindu pilgrimage to the Nag Tibba Peak or the Serpent's Peak, believed to be the mythological Abode of Nag Devta, the Snake God. Generally, the start of the trek is in February – April, which enables trekkers to enjoy the views of some remote and picturesque villages on the way and to get a chance to experience the lifestyle of the Garhwali people. Move through the beautiful and majestic forests of Deodar and Oak and enjoy the spectacular views of Kedarnath Mountain, Gangotri Peaks, and the Doon Valley from the summit of Nag Tibba.

The word Bugyal in the local dialect means "High altitude meadow" which gives a clear picture of the way ahead. The entire trek involves thick Oak trees, small empty villages, and high altitude green meadows, and it is best to visit these treks in February as these meadows turn into exotic skiing grounds and are adequately safe for skiing as they cover white, shiny snow and attract a lot of explorers from India and abroad during that month of the year. Catch glimpses of the Gangotri Ranges, the Srikanth Mountains, Paddypoonch, and Black Top, and the magnificent Barnala Tal, a small crystal waterhole flanked by the Nag Devta Temple at the end of the trek.

What is extraordinary about this trek is that it is one of the best treks in February, when the snow is at its peak and the weather is bright and shiny to enjoy the beauty of the country. People not only choose this trek to witness the beauty and serenity of the Brahmatal lake at the top of the mountain, but also the lovely setting along the trek. The leaves are coated with a white layer of thick snow and jungles covered with white flakes. What's more, what adds cherry to the cake is the vast, majestic mountains bordering the area. 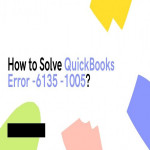 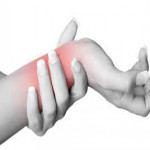