In 2019, Bitcoin celebrated its 10th anniversary, and it seems useful to come back to the many untruths that remain on the subject of Bitcoin. Criticized, mocked and misunderstood, the world's first cryptocurrency is sometimes the subject of outrageously negative media coverage regarding bitcoin’s technical aspect and mysterious founding story. There is no doubt that the "old system" is at war with Bitcoin, yet the false arguments easily can be countered.

Myth No 1: Bitcoin is complicated to use

The mechanisms of bitcoin are complex. But its use is not. Sending someone bitcoin or making a payment is like reading a QR code or copying and pasting an address. It takes a few seconds and is hardly more complicated than sending an email or using a social network. It is all the truer as there are many wallets and services available on the web or mobiles, perfectly simple and with well-designed interfaces.

Myth No 2: Bitcoin is not transparent

All Bitcoin transactions since its creation are recorded in its blockchain, where they are freely available to all. No other currency or payment device in world history has ever offered such transparency.

Also, all developments relating to Bitcoin, therefore the computer code on which it is based and operates, is OpenSource and public.

Myth No 3: Bitcoin is a bubble of speculative value

If Bitcoin is a bubble, then it is a huge bubble, which has been going on for 10 years. Bitcoin meets real expectations and has real use-value thanks to its admirable blockchain technology.

Myth No 4: Bitcoin is a Ponzi scheme

Nothing in Bitcoin, neither its operating principle nor its governance structure, allows it to call it a Ponzi scheme.

Contrary to a widely held opinion, Bitcoin is not a Ponzi scheme. The key value of Bitcoin, in retrospect, may lie in the lessons it offers central banks about the prospects for electronic currencies, and how to improve efficiency and reduce transaction costs.

Myth No 5: Bitcoin is not a real currency

This is amongst the most common myths on trading bitcoin. The fact is that a growing number of merchants, online and physical, accept Bitcoin just as they accept euros and dollars. And 2018 was marked by very significant decisions, such as the possibility, in several American states (Florida, Ohio), to pay taxes in Bitcoin.

We also often read that "Bitcoin is the new gold". Perhaps. But I don't like this analogy, which strikes me as very limited.

You can easily buy bitcoins in euros, you store your bitcoins yourself in an electronic wallet, you can send bitcoins with a click to anyone, anywhere, and you can pay anyone the goods and services imaginable with Bitcoin. If it's not a currency, what is it?

Myth No 6: Bitcoin is under Chinese control

A recent study from November 2018 indicates that "less than 60% of Bitcoin mining companies are in China". However, to say that Bitmain, the leading Chinese maker of mining machines, "controls" Bitcoin is as absurd as saying that Intel "controls" the Internet or ARM "controls" mobile networks ... Miners have the influence. Still, Bitcoin Develops primarily through the use and modernization of its technology. The more Bitcoin users (and merchants accepting it), the less the weight of miners will be.

Myth No 7: Bitcoin is anti-ecological

Nothing allows us to say so, and we are even beginning to understand that it is the opposite.

It has become the main argument against Bitcoin. The litany of "anti-ecological Bitcoin“ unanimously echoes by a large number of media.

Myth No 8: Bitcoin is used to money laundering

It is clear that the laundering carried out in Bitcoin is insignificant compared to banks. According to reports, the money laundered reaches $ 2.7 billion per day.

The fact is that the dirty money is massively laundered by banks and institutions operating in dollars and euros, and this since the dawn of time. Therefore, it is outright scandalous to continue to associate Bitcoin with laundering. Find Out About the Best Flyers and Leaflet Printing Service 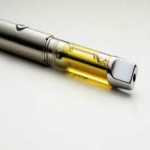 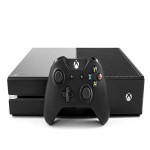 Why Do People Prefer PS4 Over XBOX One? What Is the Role of Guest Posting Services in SEO?