The Future of Voice App Technology What does Voice app technology mean for Clubhouse? Why it became so relevant in culture compared to Houseparty or Discord? The truth is Clubhouse means speed, reality, and passive consumption. It’s the true reflection of life that allows people to be a fly on the wall listening to the conversations of others. It’s indisputably the most amazing voice app we’ve seen till this date because of factors you might overlook.

But like everything that has happened over the last decade or so with consumer apps, a couple of changes on the product, positioning, design, the initial community that first used it– these are all factors required to make a highly successful app. Even new social channels such as Helo, Vero, and CoNnEcTd India have realized the importance of voice, and as expected they have either incorporated the feature, or thinking seriously to have one.

Moreover, it’s almost same that happens with restaurants and clubs. For example, people might ask, why did this Chinese restaurant do better than the one that was opened down the street two years ago? They were almost the same, the difference of a matradee, the first 100 people that dropped in at the restaurant, with a little tweak in the bar layout, the innovative selection of wine; such little, but subtle things matter.

Now, Clubhouse has been opened for the public, and it can still maintain its unique appeal even after the pandemic. But what’s the reason? The answer is, it filters by room. It’s not as if everyone can hear everything on the app. Therefore, by filtering the rooms, you can easily go into the 21 Savage rooms, or to the Mark Cuban room, or the How To Save The Environment Room. So, finally control lies in your hand. It’s almost same what Facebook Groups do today, or any other new social network like CoNnEcTd for that matter.

But voice app technology isn’t the only unique feature of Clubhouse. Its biggest appeal lies in its similarity with the real life. In real life, it’s not normal for you to just introduce yourself to someone and start talking. There was an app called Chatroulette that offered such services.

Clubhouse is identical to having a conversation during a dinner. It’s something like a conference, or an event like the Grammy’s. You know the person because he is a celebrity, and you observe him having an open dialogue. If you want, you can join in too. The reason behind why Clubhouse is successful is similar to why any other social platform is successful. It replicates the actual human truth.

In the very near future, Clubhouse is all set to be one of the top ten social media apps in the world, and it will be one app least affected by Facebook, LinkedIn, Twitter, and the other platforms. Others may copy some of its features, but it won’t slow down its macro growth. However, it’s also possible that in the next year and a half, it may be integrated into one of the leading social channels that I just mentioned above through an M&A deal.

But then what does all this mean for the future of voice app technology? The social media pundits have been shouting from the rooftops for past many years: voice is just a passive product that is consumed. Now you know why the car hi-fi stereo was remarkably powerful. You could listen to music or FM radio channel while you did other things. People are now multitasking more than ever before, and that too at a level that would have made our great-grandparents flummoxed. Therefore, voice is an incredibly important pillar of human society, and it will continue to grow in the same way.

Point of Sale Financing: Why and How to Provide it? Pre-Pregnancy Check Up : Everything You Should Know 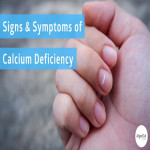