8 Common Bearing Issues And How To Prevent Them Bearings perform so well, but problems and failures of bearing do happen quite often. Wait! You can prevent them from occurring a lot of times.

Let's explore some of the common bearing problems and know how bearing manufacturing company's prevent them, so you don't have to undergo a bearing failure.

Lubrication can either be a boon or curse on your side. The top three issues are caused by bearing lubrication. It is the leading cause of bearing problems. The tricky part is knowing how much lubrication a bearing needs.

Here are the top three problems you could run into with bearing lubrication, and know what you can do to prevent them.

If there is not enough lubrication, then direct metal to metal contact will cause friction that produces destructive heat. You can investigate this bearing failure by looking at bearing and discoloration on the bearing ball and raceway.

It can also seem like an overloading failure because the ring will expand and increase the bearing's resultant load due to heat.

2. The bearing is rotating faster than the Grease Rating.

If you are using grease lubrication, ensure to check the speed rating for the grease. If your bearing is rotating faster than grease rating, then the oil doesn't have time to re-adhere with thickener when the ball passes over it or another rolling element that causes the bearing to overheat.

If it overheats, it could cause a dangerous failure to the system. Also, check grease life; if it expires, it will start to break down and prevent it from creating repeated oil films as the balls roll over it.

Contamination is a common cause of bearing failure. It happens when particles enter the bearing raceway during operation. And they become pressed between the balls and the raceway. Craters are formed on the raceway as the balls keep rolling over the particles.

You can prevent bearing contamination by purchasing bearings with shields or seals. Add a labyrinth seal to your system design. It protects from all types of contamination, dirt, and debris. If clean pressurized air is present, then pressurize the linear sleeve bearing to push out contamination that might have got inside the raceways.

4. Your system is either too hot or cold.

If the temperature is too high, the grease's viscosity will decrease tremendously, preventing grease from staying where it's needed in the bearing. On the other side, if the temperature is too low, the viscosity will become too thick, making the bearing work hard to push through. Also, it separates the oil and thickener as the ball passes over the grease.

Protect bearing from poor lubrication by choosing a lubricant from bearing and bushes suppliers that maintain a thick film under your application's operating temperature.

To increase the lubricant's life, consider the system life, viscosity, speed, and temperatures while choosing the lubrication.

Overloaded bearing issues happen when the pressure between the balls and bearing raceway becomes too high, resulting in plastic deformation. The excessive bearing load usually causes it.

You can identify where the excessive loads are coming from:

Underloading failure occurs when there is not enough force between the rolling and raceway. It causes the balls in the bearing to slip against the raceway, which results in excessive heat. It is a type of damage common in high-speed applications.

You can protect underloaded bearing damage by properly preloading the bearings with the bearing manufacturing company's help. It means applying an axial force against the raceway to prevent skidding. It can be done using offsets or other methods.

Bearing cage damages is the result of something else going on in the application. For example, underloading and rapid acceleration causes the rolling elements to bang against the sides. If the issue is underloading, you can increase the preload and limit the cage pocket amount.

Cage damage also occurs from the issues covered above. These issues can cause the balls to bounce around and result in damage to the cage. Finding and analyzing the sources of cage damage is the first step to prevent further damage.

Micro-fretting occurs by the rubbing of two materials against each other.

Micro-fretting occurs by rubbing the two materials against each other. Bearing micro fretting looks like small rust spots on the surface. It is the result of oxidation forming from friction generated by rubbing. When the fit between the outer and inner ring is too large, it happens.

If you select bearing and bushes, micro-fretting is correct by decreasing the slip fit between the two mating components. 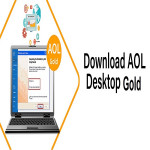 What is bad about teeth whitening?

Why is a good marketing strategy important? 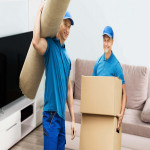 Why You Should Hire Professional Movers and Packers for your Move?