A look at Solar Rooftop System A solar PV rooftop system is essentially a small power plant installed on your roof. Solar PV modules are arranged in an array, which requires a mounting structure to keep the modules at the proper angle for maximum generation. Solar panels convert solar energy in the form of light into direct current (DC) power (Direct Current).

Many countries around the world rely on traditional energy sources to meet their electricity needs. The combustion of fossil fuels in conventional power generating releases greenhouse gases, which contribute to global warming and climate change. Countries all over the world are looking for the greatest replacement to fossil fuels due to growing concerns about climate change. Renewable energy is the solution, however due to the current state of technology and expense, it is the least acceptable alternative option. However, during the last decade, technology has advanced to the point that utility-scale renewable energy generation projects based on solar, wind, and renewable technologies are now being developed.

For countries like India, where coal is the most common fossil fuel used to generate electricity, the least GHG-emitting choice is a must. Nowadays, the best solution is a rooftop solar PV system.

In comparison to MW-scale solar PV installations, a rooftop system takes up far less space and is also more cost-effective. We all know that land availability is a major stumbling block for utility-scale solar PV projects. Installing a 1MW solar PV system requires approximately 5 acres of land. In India, where the population is rapidly increasing, we will need a large amount of land to cultivate food grains to feed the growing population.

During the day, power generated by the rooftop solar system can be completely utilized by powering building loads and feeding excess power to the grid, as long as the grid is available. When solar electricity is unavailable due to shadow or a cloudy day, the building loads can be met by utilizing the grid or DG units. Smart inverters instantly detect the power condition and always give priority to solar-generated energy.

Rooftop solar installations can be divided into two categories. The first is for captive usage, while the second is for a grid-connected system based on feed in tariffs. The rooftop solar system installer utilizes all of the electricity generated by the system when it is in captive use. However, in the second type, a grid-connected system based on a feed-in tariff, the installer can also feed/sell excess electricity to the grid.

Rooftop solar PV systems have a number of advantages

 The price of electricity is rising. Because of the rising cost of fuel, electrical utility companies will have to raise their prices per unit of electricity.

 Many parts of the country are experiencing power outages that last 12 to 14 hours each day.

Solar power shingles, also known as photovoltaic shingles, are solar panels that resemble traditional roofing materials such as asphalt or slate in appearance and function while generating electricity. Solar panels also help to prolong the life of a roof by shielding it from the elements including rain, snow, and debris. They make the house more energy-efficient in the summer because the hot sun is absorbed by the panels rather than directly hitting the roof, lowering the dwelling temperature.

Solar panel installation options for practically all roof materials have been developed by the solar industry. There is probably a tried-and-true manner to firmly place the panels, whether it is the common asphalt shingles that cover many American homes or the tough commercial-grade metal roofs.

Solar energy systems seem to have grown in favor as an alternative power source during the previous decade or two. The major reasons for the dramatic increase in the number of power companies installing solar panels and home solar system kits around the country are straightforward: solar energy is both environmentally benign and cost-effective.

Solar energy providers typically provide a 25-year guarantee on panels and a 5-year warranty on inverters. It is only logical that you would hunt for cost-effective solutions when purchasing a solar system for your home. Avoid solar panels that are too cheap or that have been used previously. Rather, look for things that will give you the most bang for your buck.

 Source of Renewable Energy Among the many advantages of solar panels, the most essential is that solar energy is a fully renewable source of energy. Electricity bills are reduced.

 A wide range of applications

Things that you must know to identify Gothic fashion 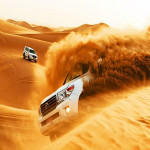 Fundamental Concepts Of Ecommerce Platform In 2021 Automatic Soap Dispenser: One Of The Best Devices To Protect Yourself From Germs And Viruses.