The building organization form is an important choice, which indicates how the tasks to be performed are distributed among the various participants in the building process. However, it is not yet a contract. The demand specification and the contract can only be drawn up once a choice has been made for the building organization form. You can choose a standard contract form for drawing up a contract or you can draw up unique contracts per project yourself. Standard contracts are increasingly used. This page discusses commonly used contract forms.

A public client can approach a project in different ways. There are various building organization forms and there are standard contract types from traditional contracts to extensive integrated contracts. In addition, a client can draw up a unique contract.

When choosing a contract form, the contracting authority is best guided by the same considerations as in the choice of building organization form and the degree of freedom that it wishes to offer to the market by means of the demand specifications. The choice of a contract form with standardized contract conditions is very much in line with the other choices.

The contract often distinguishes the legal-administrative, process conditions, and technical project-specific conditions. Both the legal-administrative and the procedural conditions can easily be standardized for an organization. This gives great benefits for the own organization, but also for the market. The technical requirements are by definition project-specific. Reference is often made to technical guidelines and standards, which are standard.

In civil engineering (groundwork, road, and hydraulic engineering) one of the following contract types is often used:

The contractor is not only responsible for the design and construction of the project, but also for financing and total maintenance.

The contractor is not only responsible for the design and construction of the project, but also for the total maintenance.

The contractor carries out work with a minimal share of detail engineering (mainly variable maintenance and construction with a small design component).

Contracts For several years, the contractor is responsible for the permanent maintenance of part of the network.

Traditional forms of contract such as the RAW (Rationalization and Automation of Earth, Water and Road Construction) system

The standardized form of prescribing works in the RAW specification system, a system of legal, administrative, and technical conditions for composing contracts. The CROW (knowledge platform ground, road, and hydraulic engineering) updates and manages this. Other traditional forms of contract that are regularly used are the Open Post Agreement (OMOP) and a Construction Team.

In MM, this is usually a combination of a RAW specification, for the detailed tender, with a number of functional requirements. It is actually a RAW under the provisions of UAV-GC (Uniform Administrative Conditions for Integrated Contract Forms).

Each form of contract has its own administrative conditions. The most important of these is the UAV and UAV-GC 2005. Internationally, much use is made of the FI DIC booklets in which standard contract conditions are laid down. 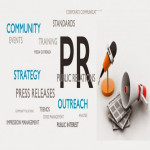 How can PR help you in Marketing your start up or a new Business? The best apps to play videos on Android