Use of nitrogen generators

Nitrogen is a very important gas because it is used in various industries from all sectors. To cite a few examples, the mining industry and the food packaging industry are a few of the many industries that require a constant and uninterrupted supply of nitrogen gas. Nitrogen generators help create nitrogen which can be used by these industries in their production units.

Why can’t nitrogen cylinders be used? :-

The most common question that might arise here is why not we use nitrogen cylinders to generate nitrogen for industrial activities? Well, the question is valid and there are many companies that rely on nitrogen cylinders for nitrogen production. But the process is complicated and comes with huge expenses. With cylinders, if the flow of nitrogen is not smooth, there can be obstructions and complications in production. Also, cylinders could lead to more wait time, and above all, the supply is not unlimited. Therefore, nitrogen generators are a much better option because they ensure seamless delivery of nitrogen at the production site. Also with nitrogen generators, nitrogen can be generated as per demand, unlike nitrogen cylinders where the requirements need to be identified at an earlier stage.

As we know, the air in our surroundings contains 78 percent nitrogen. We can use this 78 percent of nitrogen and produce other varieties of nitrogen with different purities. This is exactly what membrane systems do and this process is called fiber membrane technology. The main principle behind this process is selective permeation. There is a term called permeation rate which is a parameter that determines how fast a gas will permeate through the membrane wall. Permeation rate is dependent on the ability of a gas to diffuse and dissolve through a membrane. On the basis of their permeation rate, gases are divided into 2 categories, fast gases, and slow gases. Fast gases are gases like oxygen and carbon dioxide which permeate faster and slow gases are gases like nitrogen that permeate slowly. This difference in the time taken to permeate by the gases separates the gases. This difference is caused due to the difference in partial pressure which gets created between the compressed feed airside and the side with low-pressure. There are hollow fibers in the membrane separator that are arranged like a shell and tube heat exchanger. After this, the compressed air is fed to the membrane separator’s inlet end and then flows inside the fibers in the opposite end. In this way, the molecules of the gases permeate through the fibers based on their permeability rate. Oxygen, water vapor, and carbon dioxide being fast gases permeate very quickly when compared to nitrogen. So a dry nitrogen stream is found at the end of the outlet.

This process basically, aims to separate the nitrogen gas from the ordinary air. The pressure swing adsorption process has two adsorption towers which are filled with carbon molecular sieve. The purified air which is compressed passes through the towers and oxygen is absorbed by the carbon molecular sieve. Nitrogen gas, on the other hand, leaves the tower. During adsorption in one tower, the other tower is regenerated by returning to ambient (surrounding medium) pressure, and the oxygen is vented from the system.

Applications of a nitrogen generator

The best thing about a nitrogen generator is that it can produce on-site nitrogen which is very important for applications that need a constant and unlimited supply of nitrogen gas. There are a variety of nitrogen generators available in the market, that suit the requirements of industries of every scale. For example, there are generators that provide solutions for small, medium, as well as large nitrogen needs. So, Nitrogen Generators are the best option for creating nitrogen gas as they eliminate the need for recurrent cylinder deliveries and provide permanent availability of nitrogen on the user’s site. 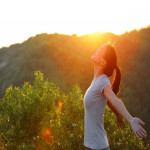