Yoga was found in India more than 5000 years ago and basically included a series of breathing exercises. Since then it has come a long way and transitioned from ancient art to a global phenomenon owing to the numerous physical and mental health benefits it offers. One of the popular styles of yoga is Hatha Yoga. In the yogic culture, the word Hatha found its mention during the 11th century. However, Hatha Yoga gained prominence during the 1960s in America.

The first thing that might come to your mind when you hear the word Hatha Yoga is yoga you see being practiced in numerous yoga schools and institutes. A normal Hatha yoga class usually lasts from 45 to 90 minutes. The class normally includes specific yoga poses, breathing, and meditation techniques done under the guidance of a yoga expert.

With that said, let us dive a bit deeper into the Hatha Yoga style.

In the Sanskrit language, the word Hatha means force. If you research a bit more you would find that Hatha yoga breathing exercises go back to as early as the 1st Century in Buddhist and Hindu texts.

However, it took 1000 years before the use of yoga asanas and breathing techniques found their place in Hatha Yoga. You should know the classical Hatha Yoga with its proper guidelines for yoga asanas, Pranayama and breathing exercises, Yoga Mudras, and meditation developed in the 15th Century.

However, it was not until 1893 when the western world came to know about this style of yoga. The Indian sage Swami Vivekananda brought the practice of Hatha Yoga to America. Later, a popular television program Yoga For Health popularized it further in America during the 1950s.

AS a yoga beginner, you might feel a bit intimidated and confused about joining a Hatha Yoga class. Don't worry we will help you feel at ease when learning this style of yoga.

What To Expect At Your First Hatha Yoga Class?

Firstly, Hatha Yoga is a gentle yoga that includes static poses and is the best yoga style if you are a beginner. Although it might be a gentle form of yoga it is mentally and physically challenging for everyone who wants to take up the sacred path of yoga.

With that said, let us now focus on what exactly your first Hatha Yoga class would be like.

As per yoga expert, the Hatha Yoga class largely depends on your teacher. The class normally begins with a gentle warm-up and slowly moves to physical yoga practice. You complete the session with a meditation practice at the end.

Given below is a complete breakdown of what a Hatha Yoga class is like.

Also known as yoga postures, these are a series of body movements that improve your flexibility, balance, and bodily strength. The yoga poses range from lying down in Corpse Pose to practicing physically demanding yoga asanas. The yoga expert provides you with some modifications if you find it hard to practice a particular yoga pose.

Most Hatha Yoga classes end with a meditation session. The yoga teacher might ask you to lie down on your back and cover you with a blanket.

Enrolling in Hatha Yoga classes provides you with numerous health benefits. Read below to know what these are.

Hatha Yoga is known as an effective yoga style that provides you with mental calm and peace. Given below are three major benefits of enrolling in a Hatha Yoga class.

A recent study has shown that Hatha Yoga is a non-drug method for treating back pain. It clearly shows how enrolling in these yoga style classes helps you find relief from lower back discomfort.

Numerous medical and scientific studies have shown how practicing Hatha Yoga regularly minimizes your neck pain. On the other hand, it provides your neck with an increased range of motion. You should look for a reputed yoga expert to learn more about Hatha Yoga.

Long-term practice of Hatha Yoga improves your sleep duration and quality. Those suffering from cancer, arthritis, and menopause symptoms can enjoy a deep sleep with Hatha Yoga classes.

Hatha Yoga has been a part of the Indian tradition for eons. It is a gentle yet challenging style of yoga that offers you numerous health benefits. You should look for a yoga expert to help you improve mental and physical health and get rid of numerous health issues. 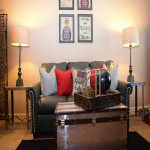 Declutter to Keep Your House Clean How To Resolve QuickBooks error h202