Open world games are one of the most played genres of games. It helps the players leave their issues in the real world and brings them another world to explore and enjoy. The main difference between open-world games and other game genres is that they don’t have invisible walls or buildings to restrict players in. They can explore every single corner of the world they have been dropped in. With that said, let’s take a look at the open-world games released in 2021. However, we won’t be including games that don’t have an initial release date announced and are rumored to drop this year.

A global system failure in Soviet Facility №3826 leads machinery to revolt against humans. Players play as a mentally-unstable KGB special agent called Major P-3 who is assigned with the task to eliminate out-turn of large-scale accidents and prevent leakage of classified information to the mass media. The combat aspect of the game is really amazing. There is also a crafting option where players can upgrade their weapons by attaching robot parts and household appliances.

Developed by Swedish developer Experiment 101, Biomutant is one of the most unique open-world games. Players drop as a fully customizable mammalian warrior in a world filled with mutated creatures. Speaking of customization, players can tweak gender, length, body shape, thickness, fur, fangs and all of them have a direct impact on the statistics of the character during gameplay. For example, a thick character will move slowly but deal and resist more damage. Players collect gun parts through the game and combine them to make a gun. Each part provides a unique effect on the end-product. If that’s not fun enough, the decisions made by the player will decide how the story of the game continues. We only hope that it does not get delayed further.

The Stalker franchise really changed the way we see new PC first-person RPG games. The game was tense, required a lot of quick thinking, and was scary at times. We don’t really know the plot of the game yet but decision-making seems to be a big factor in the game. Decisions made by the players in-game will have both short time and global outcomes.

Another Ubisoft pirate game. Players can play as a customizable pirate who is destined to sail in the Indian Ocean or gather up allies to play against other pirates for some PVP action in the disputed waters. A core component of the game is the Loot Hunt multiplayer mode where two groups are assigned with the objective of treasure hunt. The game also features microtransactions. We haven’t received much news about the game lately other than the initial release date so we can assume that the game was rebooted a little bit. Still, the game looks so much fun and we encourage new PC gamers to try out this game as soon as it drops.

Hazel Sky is a brand new title coming to PC this year. We don’t know much about the game yet but the developers have done really a great job promoting the game. They have described the game as a heartfelt adventure about a young engineer facing his destiny and his desires. Players will be able to fix and operate flying machines, swing, slide climb and run through an open, mysterious world. An open-world game with less killing and more brainstorming, we don’t get these anymore.

Obsidian Skyrim. Set in the same world as Pillars of Eternity, AVOWED is announced as the next big thing for Obsidian Entertainment. The trailer does not give us enough information but it sure as hell looks cool.

Coming from the developers of Skyrim, Starfield is Bethesda's first original RPG in 25 years. The game was announced at E3 2018 and since then, we have only received trailers about this project. The game is set in space. The old players who really enjoyed Skyrim are eager to get their hands on this game once it drops. Though its initial release date was 2021, rumors say that it might be delayed to late 2021 or even to the next year.

The long-awaited RPG from FromSoftware, Elden Ring is possibly their biggest project to date. The developers collaborated with George R. R. Martin of Game of Thrones fame, which gained the attention of the fanbase. The trailers look amazing. This fantasy open-world RPG from FromSoftware is pledged to make big bucks soon after its release.

Dying light is an upcoming zombie survival open-world game. It is set in years after the original dying light where conditions are even worse. Micro-communities are showing up and the weird organizations are making their moves. Apart from the whole zombie apocalypse, there is still a huge amount of gameplay in this one. Players who have played the first dying light game know how much smooth the core mechanics were. The running, fighting, the story felt so surreal. With the initial release date of 31st December 2021 coming up, it seems like it’s finally time for round 2.

Yes. We all saw this coming. This is the sixth installment of the Far Cry series. Though the game has been delayed so many times, we know for certain that it is dropping in 2021. The game is set on Yara which is ruled as a dictatorship by Antón Castillo who is also known as "El Presidente". He is raising his son Diego to follow his rule. Players play as Dani Rojas who is a guerilla fighter and is attempting to topple Castillo and his rule. This game is said to be the biggest one yet in the Far Cry series. With the majority of the map covered in cities, only time will tell how much fun it will be exploring the huge Yara Island.

This was our take on the Top 10 Open World Games set to release this year. If we missed one of the games you’re excited about, please let us know. 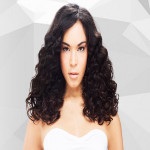 What is a Half Wig and How Does it Work? 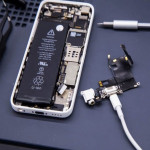