8 Reasons Why Fathers Are Important To Their Daughters!!! Enough we have written and spoken about a mother-daughter relationship. Now, it’s time to speak about the most beautiful relation between a father and a daughter. Unfortunately, fathers who being all-time present, supportive doesn’t usually get involved and don’t get the credit they deserve. The father-daughter relationship plays a pivotal role in the growth and development of the child.

Most fathers play a major role in their daughter’s development and have a significant impact on what their daughter becomes. This article examines 8 important reasons that why father’s relationship with their daughters is important. Or you can also read “Daughter quotes in Hindi”

So let’s hear it for great dads and their importance in their daughter’s life!

As we all know that Psychology always puts heavy emphasis on the bond between the mother and her child. But this fact can also not be denied that fathers have a huge influence on their children when it comes to the development of their behavioral traits.

It’s a father who always shows love to their daughters and accepts them as they are. They help them in fostering a sense of self. On the other end, some negligent fathers send their daughters on the dark path of depression, abuse them and all this causes psychological problems for daughters. Thus, fathers should always remember to love their daughters as much as they can and stand by her in their ups and downs.

Indeed, the father-son relation comes more naturally rather than the father-daughter relationship. Sometimes a lack of communication between a father and a daughter can have lasting effects on the way a daughter interacts socially.

There are most of the studies that show daughters who communicate with their father regularly can a positive way communication with both male and female. From birth to adulthood the quality of communication between a father and his daughter plays a heavy role in a daughter’s ability and also helps in expressing her feelings, emotions, and thoughts.

Whether it’s a try for a new sport, traveling, reading books, enjoying new foods, or standing up for a bully, the daughters often get courage from their fathers. But dads should also be careful in the way they approach their daughters and teach them the lessons.

However, dads are often encouraged to be protectors and fixers. So, in order to raise daughters who are willing to be adventurous should know how to solve their own problems. For the ones who are capable of taking risks, it’s important that dads must go about these instincts. Apart from it, you should tell your daughter that they are capable of doing anything.

There comes some point when the girls started to feel less confident with their bodies. For some girls, it might be a minor thing but for others, this can be hazardous. Girls with poor body image can isolate themselves socially and start fret over the way they look and thus, as a result, they lose confidence. In some extreme cases, it can develop depression, anxiety, or eating disorders.

Here the responsibility of the dads comes. They can influence their daughter's view by changing the mind of their own bodies. They do play an essential role and get influence by the way their father does speak about their appearance. Great dads always speak respectfully about the way that people look regardless of their body type. So, try to motivate your child for facing such scenarios.

It’s a father who gets involved in their girl’s education and can help them to grow well. However, if dads encourage their children to do well in school and help them when they struggle academically then it can give them access for getting academic assistance. Thus, in this way the daughter can be amazingly successful.

The small help like helping them with their homework can encourage the daughters to take the challenging course and make a big difference. Also, the dads who volunteer in schools can explain well to their child how important education is.

6: Fathers Are Role Model For Their Child:

Well, daughters don’t choose to be born but it’s a parent who chooses to have a child. It is an important distinction and a key factor that why healthy father-daughter relationships are important. A father is supposed to be a role model in his child's life.

Most of the studies show that the daughters who don’t have healthy bonds with their fathers are likely to engage in aggressive behavior, practice, and also perform poorly in school. Moreover, it started developing unhealthy relationships with others and can even develop psychological problems compared to daughters who have a strong bond with their fathers.

One of the most important principles that a girl needs from her father is to practice consistency. During her adolescence, she will get through various ups and downs. Therefore, she needs her dad's steady guidance and calm presence. She needs a father who is balanced, loving, and forgiving. She usually needs a rock on which she can depend when all else starts falling down around her.

The term Consistency is important when raising children and especially with girls. Daughters depend on their fathers as they know that they are always there for them. But as she starts getting older she needs your consistent presence in her life.

8: Give Them Unconditional Love:

More than anything else a daughter needs her father's unconditional love because that love covers a multitude of mistakes. A father should shower unconditional love on their daughter. This makes them assure that someone always remains there for them no matter what the situation will be. The father should take a stand for their daughter as this makes them realize that there is someone who loves her for their entire life. 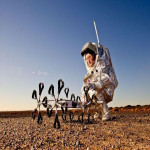