Technique of Virtual Training and its Importance The Virtual Training Center of the General Directorate of Human Resources of Dubai Police participated in the 17th Foundation Traffic Course held at the Federal Police School with the participation of 32 trainees from various emirates of the country within the framework of partnership and cooperation between the General Command of Dubai Police and government departments and from the directions of the senior leadership on the importance of transferring leading experiences and best management and technical practices in the investment of human resources optimal.

Virtual Training and its role in investing human resources, in which the virtual training programs were discussed and compared between interactive virtual education and traditional education, in addition to what is the technique of virtual Training and its importance in investing financial resources and human resources, and then trained the associates on how to use the program and put them at the heart of the event in a collision at an intersection and the investigator must perform all procedures from the beginning of the transition to the scene and secure it until the completion of the case file. The lecture was interspersed on the second day to allow the members to experience the investigator to uncover the ambiguity of the incident and deal with various reasons. Finally, on the third day, they first investigated an accident of truck deterioration and containing deaths and injuries and a collision between several vehicles, which led to the ignition of many of them.

The director of the center praised Brigadier General Ahmed Abdullah al-Hajri, director of the Federal Police School, for the trust we have given to include these programs in the school courses, Colonel Dr. Jassim Mohammed al-Bakr, deputy director of the school, for his immediate support and put forward many ideas to activate the role of programs and benefit from them in different areas, and Lieutenant Ali Heikal Mohammed, director of the media and public relations branch, and Assistant Hussein Fadhil Abdullah Musharraf information systems to supervise them and follow up the

The attendees praised the course and the extent to which they benefited from it. Assistant First Bati Mohammed Marzouki stated that the virtual program was the best conclusion of the session, where he added the practical aspect without moving to accidents.

Assistant First Hamid Saif al-Raihi added that the program increased their absorption and understanding and wished that a whole week of virtual Training had been allocated.

You have to determine everything yourself. In terms of how to market your products - there's a lot.

Online store or e-commerce site. It can

The strongest player today in the arena is Amazon wholesale course over the years.

The bookseller (founder of Amazon) with one dominant blow. He's the dominant retailer. 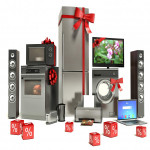 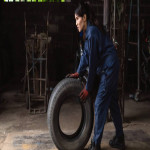 Why selecting a correct tyre set is important?