React JS is a JavaScript library which is commonly used to develop and create software to refresh the data constantly on its UI. It is one of the most popular JavaScript Framework which grown so fast in a short time by showing the extent of its popularity in the developing community. This technology removes the need of reloading the entire screen and avoids the processing of every single line of code. ReactJS also provide permission to create components that are actually made with JavaScript so that you can make creative ad interactive applications and interfaces.

Because of its popularity in the front-end technology, today more and more companies are using React JS in their working process and thus taking React JS training in Hyderabad and preparing for the job interview is now necessary for a candidate who are looking for job preferences in ReactJS. However, it is not always possible for any already working person to take out the time and go to any institute for training. So, for them, either online training options or a list of React JS interview questions and answers would be helpful to understand the fundamental concept of React.

1. What are the features of React?

JSX: It is the syntax extension of JavaScript. It is used with React to describe the user-interface and how it will look like. By using the JSX, we can able to write HTML structures in the same file that contains JavaScript code.

Components: These are the building blocks of React application where a single app mainly consists of several components. It divides the user-interface into independent and reusable parts to process separately.

One-Way Data Binding: It will keep everything fast and modular. A unidirectional data flow means while designing a React app, you often nest child components with the parent components.

Great Performance level: React changes only those components that need to be changed rather than updating all the components at once that will ultimately provide much faster web applications.

Web browsers cannot able to read JSX directly as it is built to read only regular JS objects and JSX is not at all a regular JavaScript object.

To read a JSX file by the web browser, the file requires to be transformed into a regular JavaScript object. In such a case, we use Babel.

An event is an action that has been triggered by a system or user like for a mouse click, pressing a key etc.

With the help of the JSX, you can able to pass a function s the event handler, rather than a string in HTML.

React events are named by using CamelCase rather than by using lowercase in HTML.

4. What are synthetic events in React?

Synthetic events actually combine the response of multiple browser’s native events into one API which ensuring that the events are consistent across different browsers. The application is stable regardless of the browser in which it is running. preventDefault is an example of synthetic event in the below program:

5. Why using keys is required in Lists?

Keys are essential in the lists due to the below reasons:

A key is a unique identifier that is used to identify which items have changed or updated or deleted from the lists.

It will also help to decide the components that would require to be re-rendered instead of re-rendering the entire components every time. So, it will ultimately increase the performance as only the required components will get re-rendered.

6. Describe the forms in React?

The forms in React will enable the users to interact with web applications. By using forms, users are able to interact with the application and can put the necessary information whenever needed. React forms contain few elements like buttons, text fields, radio buttons, checkboxes etc.

7. What is an Arrow function and its use?

Arrow function is a short way of writing any function in React. It is unnecessary to bind ‘this’ inside any constructor while using the arrow function. It will ultimately prevent bugs caused by the use of ‘this’ in React callbacks.

Flux is an application architecture which Facebook uses to build web applications. It is mainly a method of handling complex data that is present inside a client-side application and can able to manage how data will flow in a React application.

9. What is React JS Router and why do we need it?

React JS Router is a routing library that is built on top of React to use to create routes in a React application.

• React JS Router will maintain the consistent structure as well as behaviour and it is used to develop any single-page web applications.

• React Router also enables multiple views in a single application with the help of the multiple Routes in the React application.

The CSS Module file has been created with the .module.css extension. The CSS module file is available only for those components which imported it so that there would pt be any naming conflicts while styling the components.

Here, we have presented top 10 Interview questions and Answers of React JS which will help you understand about the basics of React JS and prepare you for the interview. However, for in-depth training on this increasingly popular web application development framework and to get a certification course and to become a certified expert, React JS online training is necessary from any well reputed academy or institution. 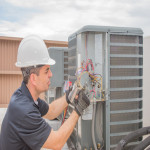 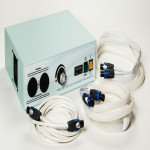 Alternatives to Pain Relief for Arthritis