The Science Behind Tyres: The Tread Depth And Patterns 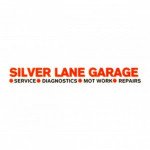 Driving enthusiasts are forever passionate about the tyres they would purchase for their vehicle to ensure that smooth and uninterrupted drive too far off places. They choose tyres depending on their preferences, location and style of driving as well. People who like off-road driving more than often mostly go for OTR tyres.

These tyres are extremely tough but a lot seems to be left unknown about these tyres. Before purchasing, you must research or ask an expert about them. There are multiple types of OTR tyres and a large variety of tyres with different tread patterns based on their application. The selection of tyres is an essential decision that needs to be made by car owners to ensure the longevity of the tyres. The right kind of tyre that is compatible with your car should be carefully selected, as they not just enhance the life of the tyre but also decrease the operational cost of the vehicle.

As per the TRA (Tyre and Rim Association, Incorporated), there is 3 broad categorisation of the thickness of the tread for OTR tyres: deep, regular and extra deep. The extra deep and deep are 2.5 and 1.5 times respectively thicker than the regular. The thicker the tread of the tyre, the more wear and cut resistance it displays.

They are known to produce and retain an additional amount of heat. Hence, when such tyres operate should be checked thoroughly to eliminate any heat disjunction and other heat associated damages. Extra deep and deep-tread tyres have a similar diameter overall, which is bigger than the traditional tread tyres. At the time of replacing the traditional treading tyres with extra deep or deep treading tyres, the bigger diameters of the thick tread of tyres should always be considered.

This pattern of the tread is developed to avoid any kind of cuts from objects like a pointed rock piece. The contact area on the ground is large that offers increased resistance to wearing of the Michelin tyres Leeds. The grooves on the tread run across the travel direction are marked as the most sought after the pattern for OTR tyres.

This pattern is identified by the width of the tread that is wide with shoulders that are rounded. When there is a heavy load levied on these tyres, the big contact area of these patterns with the ground create decreased contact pressure due to the properties of flotation.

This pattern possesses parallel running grooves to the travel direction and provides high levels of directional stability to the car. A variation of this pattern is the rib-lug pattern that has treads with lugs on the shoulder. They are used on wheels that are free rolling.

This pattern was developed keeping in mind the tyre rollers as they lack grooves. These are used for levelling and compacting. They are also used in underground mines on loaders as they are highly cut and wear-resistant. In the case of loaders, they also come in a variation wherein there are two grooves on the tread that helps in measuring the extent of wear.

Highway and off-road Design of Tread

This design of the tyre treads is non-directional and long-lasting, which promotes efficient fuel economy, and ensures comfort while operating it on highways for mobile cranes.

The design of tread on tyres Leeds has been curated especially for transport or agricultural purposes with special flotation features. How Long Does Vacate Cleaners In Melbourne Take For Thorough Cleaning The Rental Property? A Complete Guide To Know About Sublimation Printing How to enhance reputation of the business online and on social media?