Discover the real Athens through a virtual tour Welcome to this article in which we will talk about a few MUST-VISIT places and MUST-DO things in the amazing city of Athens, but furthermore, I will share with you some magical spots that most of the tourists never get to visit…

Situated at the foot of the Acropolis hill, the so-called heart of Plaka is made up of some 50 white and blue houses separated by unusually narrow corridors and without any kind of commerce. A walk through this mini-district feels like walking through Santorini itself, as this place shares that classic architecture typical of the Cyclades that we are used to seeing in the pictures.

The creators of this beauty are builders born on the island of Anafi, to which the district owes its name, who moved to the capital in the 19th century with the purpose of building the palace of King Otto I , among many other buildings. These men, in search of a place to live in their new city; they built their own houses in the most exclusive place in the city, now called Anafiotika, in the way they were used to do.

Today a little more than half of the houses are still inhabited, usually by older people, since these people are the descendants of the 19th century builders. The houses that have remained uninhabited have been bought by the Greek government, in order to preserve the magic of Anafiotika; as there are surely some big brands that would be interested in expanding their business in this beautiful place, located in the centre and with a huge untapped potential.

There is a different reality to the one that each and every tourist gets to know when visiting Athens, a reality that is perfectly captured in a very interesting district: Exarchia.

Also known as the alternative neighbourhood of the city, today it is the favourite place to live and hein out for artists, volunteers and students from all regions of the world.

Among its various weirdnesses or qualities I would highlight its solidarity, as there are many citizens movements working to provide accommodation and food to the less fortunate people. In general, they are youth who have fled from the wars taking place in their respective countries.

Come in order to walk around these streets where so many demonstrations have taken place, contemplate the amazing street art that decorates all the neighborhood, taste the local food at a very, VERY, good price/quality ratio and drink a beer in a nice local bar. The nightlife in Exarchia is really life!

We are not here to talk about the football stadium, with which it shares the same name, but the Olympic stadium instead! This is where the first modern Olympic Games were held in 1896, with 241 athletes coming from 14 different countries. We should not forget that we also owe the origin of the Olympics and the Marathon race to the Greeks.

Its construction and size will not leave you indifferent, it is said that it has a capacity of 45,000 spectators (estimate number given that the seats are not really established). The Panathenaic is entirely built with marble, exactly the same used in the past for the construction of other important monuments and today used for the reconstruction of the Parthenon. This place is also known as the "Kalimarmaro" stadium, which means "good marble" in Greek, now you can understand why.

Take this opportunity to have your photo taken on the Olympic podium, which, despite the fact that it has been remodelled, it can be pretty impressive for your social media profile. Plus, you can also take a walk around the athletics track.

Athens is a city that we have to see during the day, but also during the night, and there is no better location to do so than from a hill. Lycabettus, being the highest point of the city, it will allow you to enjoy amazingly beautiful views of the whole city.

Not only will you see the Acropolis from this place, if you look closely, you will also get to see other important points such as the Olympic stadium and the greek Parliament. I can assure you that these places look much nicer at night, as they have their own lighting. Another suggestion is getting to the top before the sunset, which is really enjoyable as well.

This mountain is 277 meters high (above sea level), and there are several ways to get to the top:

Walking, and take into consideration that there are a few stops where you can rest on your way up.

By car, this is definitely the fastest and best option. A taxi normally costs around 8 euros, which depends on where you take it from of course.

Using the cable car, the price of its ticket is around 6 euros per person per ride.

The free walking tours are a great option when it comes to doing tourism, as they allow you to visit the most important places (in just a few hours) and get into the local culture at the same time.

If you want to take a free walking tour in Athens, you will find more info and the possibility for booking your spot in it here: Athens free tour

Hope, dear traveler, that you find this article useful and that the mentioned destinations will enrich your trip to Athens. And remember, if you want a local expert to show you the city more in detail, above you will find the link for booking a free walking tour in Athens. 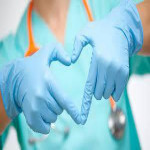 A Summary of Various Nursing Positions 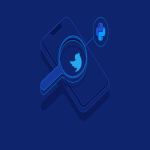 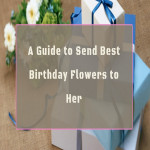 A Guide to Send Best Birthday Flowers to Her